Official description: She’s So Italian is inspired by our friend Agostino Arioli of Birrificio Italiano’s beer Fleurette which we brewed with him at RRBC as a collaboration back in 2008. Our 2019 recipe is a blonde kettle sour ale brewed with violets, roses, honey, black pepper, and elderberry juice. It is lightly hopped in the kettle with Chinook and Celeia, a Slovenian hop. This refreshingly light beer has beautiful aromas of flowers, tea and honey, with a mild peppery backbone.  The addition of Lactobacillus to the kettle adds to the refreshingly dry, tart and crisp finish. And a low ABV makes it quite drinkable! 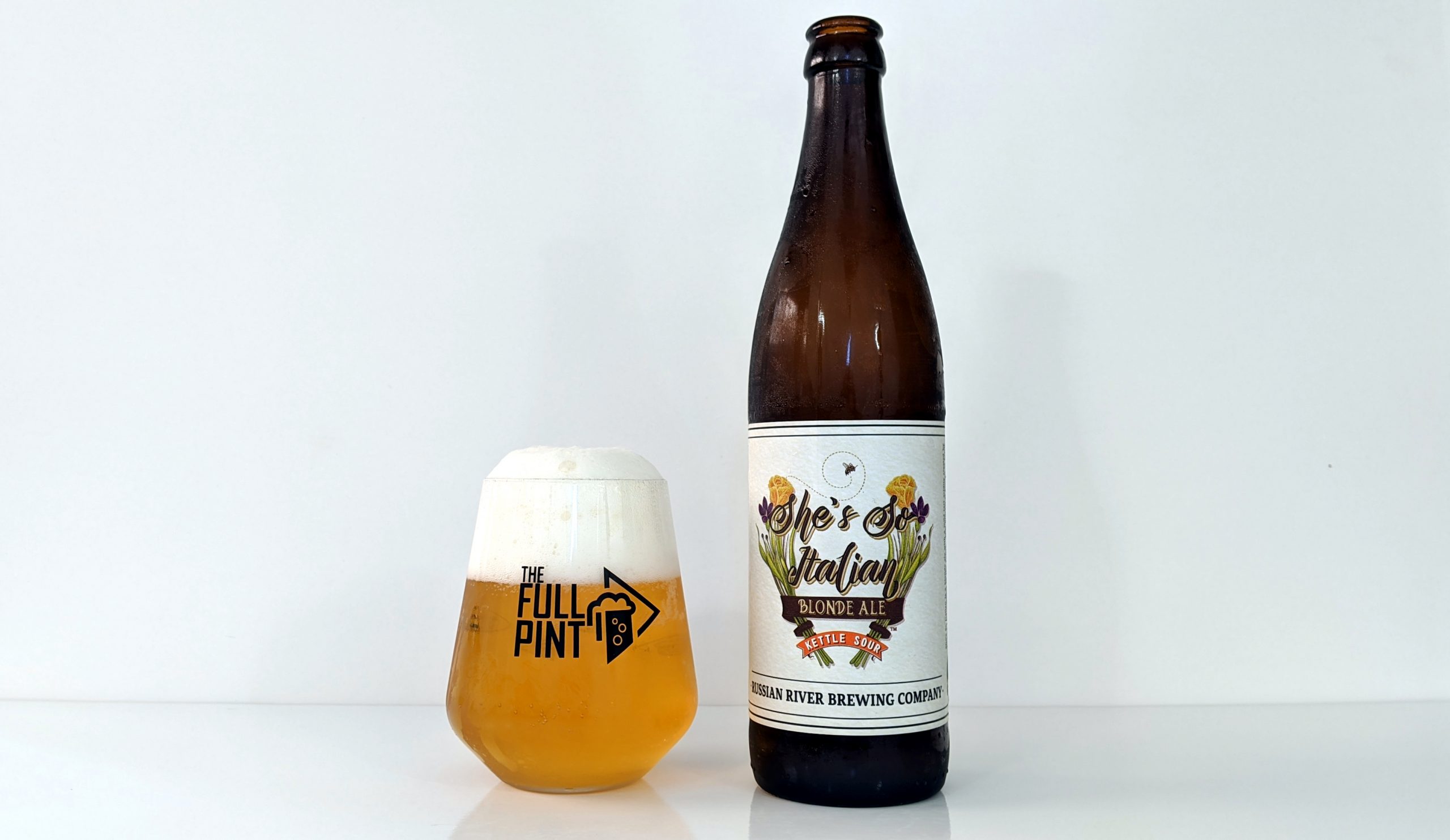 With Russian River’s major expansion in Windsor, CA; we’ve been blessed with a bounty of new (or new-ish) beers to hit wider distribution. Along with fresher and more abundant supplies of Pliny the Elder and Blind Pig, our Southern California market now gets Happy Hops, Velvet Glow, STS Pils, Row 2/Hill 56, plus special releases like Defenestration, Intinction, and Great Beer/Great Wine. The newest RR beers to hit distribution include Mind Circus Hazy IPA, She’s So Italian, and Robert Saison. To my knowledge, She’s So Italian is Russian River’s first official kettle sour. The other “-tion” beers that we’ve grown to love like Supplication and Consecration are barrel-aged sours. And though this recipe is a few years old (available on tap back in 2017), this is the first time it’s been released in bottles.

It’s also worth noting that Russian River is currently shipping beer directly to customers in California. Check out what’s available on their webshop.

I’m reviewing She’s So Italian from a single 500ml bottle that I picked up for a whopping $12 plus tax. On the bottom left of the label reads “Bottled on 05/05/20.” I tried this beer both fresh (less than a month old) and five months old, and the flavor was essentially identical as you might expect from a sour beer. So I wouldn’t worry too much about freshness.

Into my glass, She’s So Italian is clear golden at first but then slightly hazy if you opt to include some moderate sediment at the bottom of the bottle. Thick, pillowy white foam forms on top with incredible head retention for a kettle sour – nearly three minutes before it collapses. Wow! The aroma is just incredible with a delicate mix of garden herbs, tea botanicals, and perfumey flowers against a backdrop that is like walking into a French bakery: salt, butter, flour, wet dough, browned crust – it’s all there. This is worth sitting with just to watch it evolve. 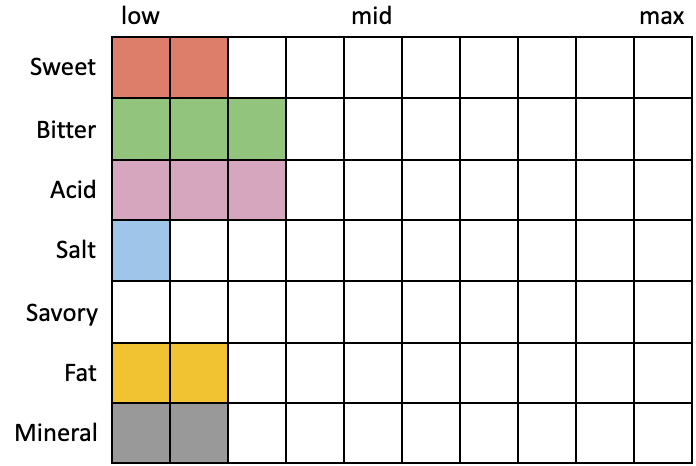 She’s So Italian is absolutely divine. It may be the single best kettle sour beer I’ve ever tasted. It has incredible balance between every major flavor component as you can see in the graphic above. Other kettle sours like Berliner Weisse and Gose and everything in between seem to suffer from high milkiness and creamy lactic acid, which can be off-putting for some drinkers. They also tend to have a stinky aroma, at least initially. Others take the acidity level way off the charts. Practically all of them have too little remaining sweetness to be truly drinkable. And hardly any have noticeable bitterness. She’s So Italian fixes all these issues to bring us kettle sour perfection.

The Full Pint is a fully independent website dedicated to bringing you the highest quality reviews of today’s craft beer. Our team has no financial conflicts of interest with the beer industry in order to give you the least biased information out there in today’s craft beer world. Please use the comment section below for general comments about this beer and/or our review. If you would like to see a specific beer reviewed or have general comments on reviews, please email info(at)thefullpint.com. For more information on how we review beer read here.